Solar Packages Suited To Your Needs 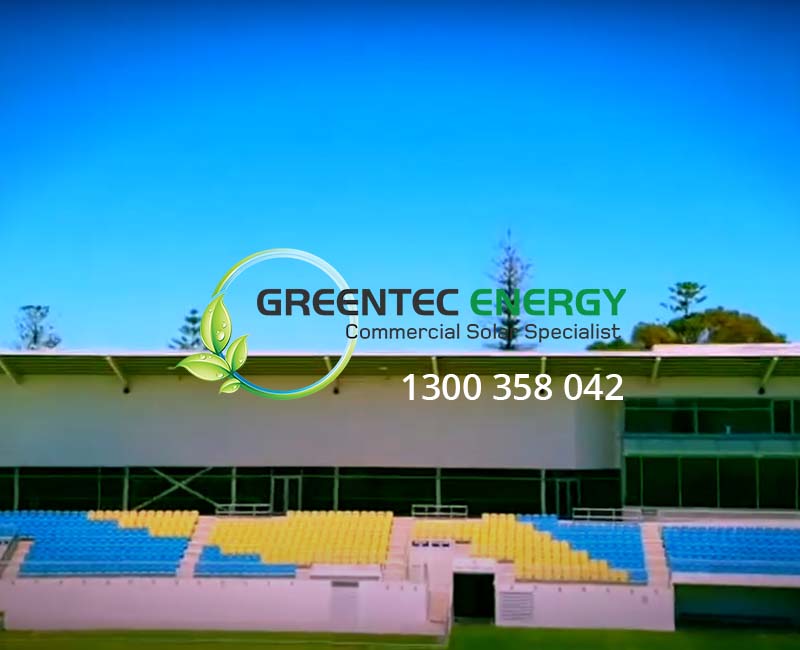 Thanks To Greentec Energy

Solar will reduce carbon dioxide emissions by 150 tonnes a year

Solar is to be the new power game for Claremont Football Club with the installation of a large 100kW PV solar system on the Club’s roof in December. This leading-edge solar system uses the latest SolarEdge optimisation technology and will be installed by Club Ruckman Mitch Andrews through his company GreenTec Energy. Mitch will be ‘reaching high again — the PV system is expected to generate about 150,000 hours of clean, cheap electricity per year for the Club.

The Tiger’s CEO, Graham Moss, said he’s delighted that Claremont Football Club has been able to join in the solar transformation occurring throughout Australia. The Solar system will significantly reduce the Club’s electricity costs and the system’s environmental impact is an added incentive for the Club as it takes our sustainability efforts in the new building to the next level. The solar will reduce carbon dioxide emissions by 150 tonnes a year – that’s the equivalent of a forest of mature trees, which is the size of two football ovals” Moss said.

“We’re also really pleased that it’s being installed by one of our own players. Mitch has provided us with a PV system for a very competitive price and has offered to help sponsor us further through his business. Mitch is offering to donate $50 to the Club from each kilowatt of solar purchased by members, sponsors and supporters. If you are considering a residential or commercial solar system please contact Mitch at Greentec – 0409933141.